Thilo Brandt was born in Berlin on April 3, 1991. In 2009 he graduates from high school. With his father Michael Brandt he plays his first concert at the age of eleven. In 2006, during his one-year stay in America, he studies and learns a lot of music. Besides his main instrument, the drums, he also masters guitar, bass and singing. On the big stages of Germany, the professional musician has been playing since 2013 as the drummer of the band SDP and with artists such as Bela B, Sido, Capital Bra and Adel Tawil.

In the studio, he works with Sarah Connor, Gregory Porter, Beatzarre & Djorkaeff, Sido, Bushido, Capital Bra, Max Raabe, Annette Humpe and for the hit film "Fack ju Göhte", among others.

In 2019, he received a Diamond Award for composition contributions on the album "Muttersprache" by Sarah Connor for over one million records sold.

In addition to numerous other projects, he plays in the third family generation at the GRIPS Theater the plays "Laura war hier", "Anton macht's klar", "Dschabber" and "#diewelle2020" and as a representative for "Linie 1" and "Schnubbel". 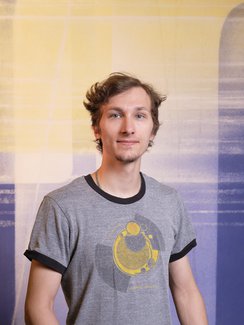