Sarah El-Issa grew up in the Regensburg region and has lived in Berlin for 8 years. She completed her acting studies in 2019 at the "Europäisches Theaterinstitut e.V. Berlin" (ETI). There she appeared on stage in Fassbinder's "Katzelmacher" directed by Hans Hirschmüller and in Michael Funke's production of "Einige Nachrichten an das All", among others.

In the 2019|20 season she was an ensemble member at THEATER AN DER PARKAUE. She appeared in the plays "die fürchterlichen Fünf" directed by Thomas Fiedler and in "als die Mauer viel" directed by Romy Weyrauch and Marie Jordan.

She has been a guest actress at GRIPS Theater since September 2021. 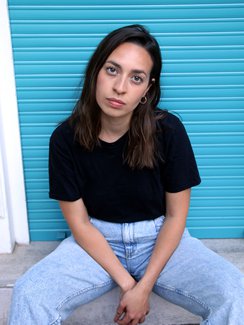