Paulina Papenfuß was born in Berlin, studied theatre studies, modern German literature and Latin American studies at the Free University of Berlin and completed her studies in cultural studies and aesthetic practice at the University of Hildesheim. She has worked at various theatres and cultural institutions since 2003, including the Berliner Tanzfabrik, the Berliner Festspiele, the HAU Hebbel am Ufer, Deutsches Theater, the Maxim Gorki Theatre, the Noack Foundry, and as a freelance dramaturge as well as in press and public relations.
From 2009 to 2012 she was assistant director and dramaturgical assistant at Ballhaus Naunynstrasse for Nurkan Erpulat’s “Verrücktes Blut” and “Lö Bal Almanya”, and worked with Hakan Savas Mican on “Schnee”, with Marianna Salzmann on “Tod eines Superhelden” and others.
With the collective Büro Milk she makes interdisciplinary theatre projects at the interface of urbanism, art and architecture in Berlin, Antakya, Istanbul and Munich.
From 2013 to 2017 Paulina Papenfuß was responsible for the press and public relations of Theater Anu. From November 2017 she was employed at Theater Bremen as a dramaturge at the Moks for one year.
Since August 2018 she has been working at GRIPS Theater as a consultant to the theatre management. 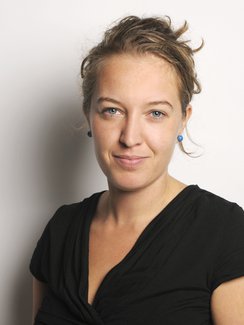