He then became a permanent ensemble member at GRIPS Theater until 2016, with a subsequent engagement as a "permanent guest". Furthermore, he plays on the stages of the Maxim Gorki Theater Berlin, the Bad Hersfelder Festspiele, the Schauspiel Leipzig, regularly at the Theater unterm Dach in Berlin and many other larger and smaller houses in German-speaking countries.
In addition to his theatre engagements, Lorris works as a freelance actor for the Hobrig Agency in theatre, TV and cinema and is also active as a voice-over artist in dubbing, audio book and radio play productions.

He has also been artistically active as a rapper, songwriter and music producer since 2003 and has released various music releases throughout his career. Since 2013 Lorris has been singing as a member of the Berlin band "Komponistenviertel" and produces his own film, theatre and art productions as an entrepreneur.

At GRIPS Theater he can be seen in "Linie 1" and "Laura war hier". 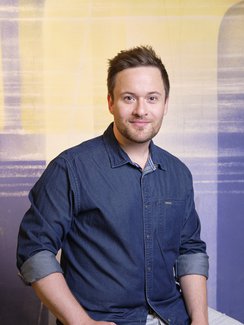