Since December 2017 she has had a permanent position in the theatre pedagogy department at GRIPS Theater. One focus of the work is the management of participatory projects with children, for example within the framework of the Children’s Theatre Council or the production “Children Conquering the stage!” developed together with 200 school children. Since the 2019|2020 season, Mirjam has also been running Rakete Jetzt!. 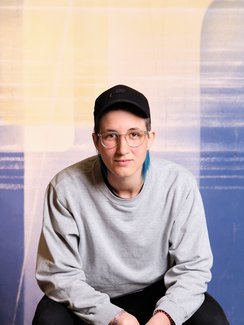