Katja Bahadori is a qualified communication designer and PR consultant and lives in Berlin. From 1996 to 2000 she studied communication design in Berlin and then worked as an art director in various advertising agencies. From 2005 to 2006, she went on to study public relations alongside her job, and thereby gained her first experience as a press employee in the cultural sector.

Her positions in the press and marketing area are: Wintergarten Berlin, House of World Cultures, German Fundraising Association and Admiralspalast. Eventually she became Marketing and Press Manager at the Chamäleon Theatre. Since January 2016 she has been Head of Public Relations, Marketing and Sponsoring at GRIPS Theater.

Being from Berlin, she always enjoyed visiting GRIPS Theater during her childhood and adolescence. She liked the atmosphere and had a lot of fun there – just like today.

In addition to the theatre, Katja loves music, film, comics, photography, design and typography and classic cars are close to her heart. She is committed to human rights and social justice and is happy that her work at GRIPS Theater harmonises with her life motto: “Respect, tolerance and diversity”. 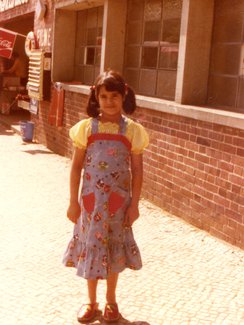