eorge Kranz was born in Berlin in 1956 and is a fire monkey. Since 1978 he has been working in the music industry as a drummer, singer, actor, composer, lyricist, producer, writer, percussionist, arranger and translator. In addition to his solo career, he has worked with Third World, Band für Afrika, Christoph Waltz, Michael Cretu, The Phenix Horns, Die Bastarde, Ying Yang Twins, Bobby Orlando, Pulsedriver, Katharina Thalbach, The Roots, Konstantin Wecker and many others, currently with Lars Eidinger, Four on the Roof and Schöneweile. He has written not only many of his own songs, but also numerous theater, TV and film scores (and roles).

Since 1981 he has been a permanent freelance ensemble member at the GRIPS Theater and can currently be seen here in "Linie 1", "Die fabelhaften Millibillies" and "Auf Weltreise mit den Millibillies". 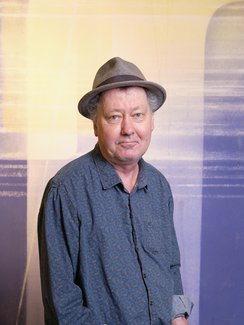