Gabriel Frericks came to Berlin in 1989. In addition to studying Theatre studies and Dutch philology, he had the opportunity to work as an intern and small-part actor at the Schiller Theater and the Deutsches Theater Berlin, among others with Katharina Thalbach, Hans Neuenfels and Thomas Langhoff. He also produced numerous adaptations of literary texts on his own.

Since 1994 he has been intensively involved in children’s and youth theatre, has been active as an actor and puppeteer at the Theater Narrenspiegel and in 1998 he switched to GRIPS, where he mainly works as an assistant director. He is also involved in GRIPS as an author, director, dramaturge and prop master.

His production of “Auf Weltreise mit den Millibillies” is still very successful here. Since 2018 he has been working in the artistic management office, which he took over as head in 2019. 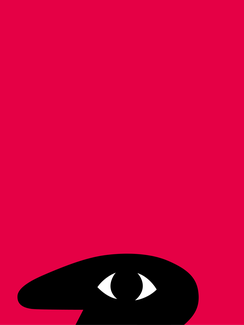