Volker Ludwig was born Eckart Hachfeld in Ludwigshafen in 1937. He spent his childhood in Erfurt, Neudietendorf and Hamburg. He has been a Berliner since 1953.
He studied German and art history in Berlin and Munich and also wrote commentaries and texts for radio and cabaret ("Die Rückblende", "Die Stachelschweine" and others). In 1961 he became a trainee at RIAS and from 1962 a freelance writer (he wrote texts for the television series "Hallo Nachbarn" and for cabarets such as "Bügelbrett", "Kom(m)ödchen", with Wolfgang Neuss, Harald Juhnke).

In 1965 he founded the "Reichskabaretts Berlin", of which he was the director and main author until 1971, and also wrote songs for "Sesamstraße" and "Rappelkiste". In 1969 he takes over the "Theater für Kinder im Reichskabarett", since 1972 called GRIPS, and reorganises it. He was its director until 2011 and its managing director until 2016.

Volker Ludwig wrote 37 plays for children, young people and adults, often with co-authors, as well as the songs for another 16 plays. He is re-enacted in over 50 countries.
His songs are disseminated in countless collections and school books.

Volker Ludwig is a member of the PEN Centre Germany, the Academy of Performing Arts and the Academy of Arts Berlin. He has received numerous honours, including four Brothers Grimm Prizes, the German Critics' Prize, the Carl von Ossietzky Medal, the Prize of the International Theatre Institute (ITI), the DER FAUST Theatre Prize, the German Drama Prize, the Alice Salomon Poetics Prize, the Palatinate Prize for Literature, the Federal Cross of Merit and the Order of Merit of the State of Berlin.

He is still a consultant to the GRIPS Theatre today.

1969, 1971 and 1975 BRÜDER-GRIMM Prize of the State of Berlin
1979 Elected to the P.E.N. Centre of the Federal Republic of Germany
1982 German Critics Prize
1987 Mülheim Dramatists' Prize
1989 Bolten-Baeckers Prize of the GEMA
1994 Carl von Ossietzky Medal of the International League for Human Rights
1995 Silver Leaf of the Dramatists' Union
1996 Honorary President Prize of the International ASSITEJ
1999 Prize of the ITI for World Theatre Day
2000 Federal Cross of Merit
2001 Vice-President of the International Theatre Institute in Germany (until 2006)
2003 ASSITEJ Prize 2003
2004 Jan Dorman Prize of the Polish ASSITEJ
2007 Order of Merit of the State of Berlin
2008 German Theatre Prize DER FAUST
2012 Honorary Award for his life's work as a cultural manager (Kulturmarken Award)
2013 Honorary Inspiration Award (German Actor Award)
2015 Alice Salomon Poetics Prize 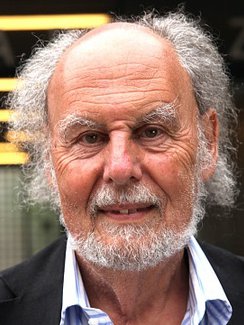