Vera Düwel studied theatre studies and communication and media studies in Leipzig. From 2009 to 2011 she worked in public relations and as an assistant director at the Theater der Jungen Welt in Leipzig. In autumn 2011 she went to the Theater an der Parkaue in Berlin to get to know the Berlin school landscape by means of public relations work and the visitor service there. At the same time, as a freelance cultural manager she is responsible for cultural education projects at the Deutsches Kinderhilfswerk e.V., at the International Theatre Institute – Centre for the Federal Republic of Germany (ITI Berlin) and at the Federal Association of Dance in Schools e.V. In the 2015|16 season she took over the management of the visitor service and became the School representative at GRIPS Theater. 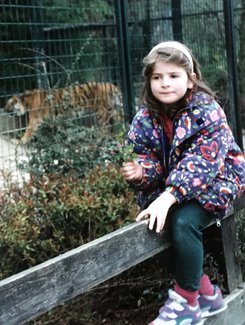