Robert Neumann studied acting at the HfS Ernst Busch and graduated in 2004. His engagements as an actor took him to the Deutsches Theater Berlin, the Staatstheater Braunschweig, the Theater Magdeburg and the GRIPS Theater. In 2007 he was invited to the Augenblick mal! Festival in Berlin with the monologue play "Titus" by Jan Sobrie.
In addition to his work as an actor, he made his debut as a director in 2010 with the production "BIG DEAL?" by David S. Craig at the GRIPS Theater Berlin. In 2014, he was named best up-and-coming director in the theatre magazine Theater Heute for his work "Die besseren Wälder". Numerous directing jobs followed, including at Schauspiel Stuttgart, the Düsseldorf Schauspielhaus and in Halle, Potsdam and Berlin. He has taught at the HfS Ernst Busch, the HMT Leipzig and for the Goethe Institute in Brazil and Pakistan. His work "Kai zieht in den Krieg und kommt mit Opa zurück" was awarded the IKARUS 21.0 and was part of the annual retrospective of the DER FAUST theatre prize. Robert Neumann lives and works in Berlin. 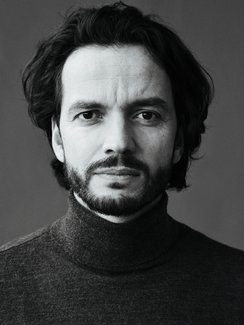