Matthias Witting was born in Berlin in 1952, studied education in the 70s and worked in youth work and cultural projects.

He has been a professional musician since 1979. In the years 1980 to 84 he played with the NDW band "ZeitGeist" on LPs and tours.

For GRIPS he composed most recently the music for "Alle außer das Einhorn".

In 1999 he added directing as a further focus. Since then he has directed at various German stages. Matthias is currently on stage at GRIPS as the keyboardist for "Linie 1" as well as for "Ab heute heißt du Sara" and occasionally for the "Millibillies".

A detailed archive of his artistic projects with audio samples and videos can be found on his homepage www.matthias-witting.de. 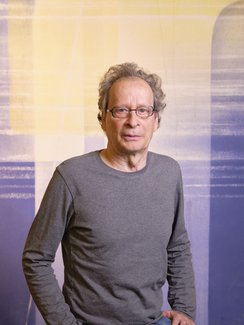