Anja Kraus grew up in a very small town in beautiful Upper Franconia.

She first studied in Erlangen-Nuremberg, from 1986 onwards at the Free University of Berlin theatre studies, journalism, sociology and pedagogy and became a Magistra Artium in the year the Berlin Wall came down. During her studies she already worked as a journalist, among others for the Bayerischer Rundfunk, later in Berlin for the alternative Radio 100, in addition she did various internships and jobs in the theatre sector, among others as an editor, an allrounder, assistant director and dramaturge in Frankfurt, Cologne and Berlin.

From 1991 to 1995 a cooperation project with the Hans Otto Theater Potsdam followed, in which she co-founded the Theater Havarie, where she later took over the direction and management. After that, she made a very conscious decision to work in the area of press and public relations and was promptly offered the newly created position at GRIPS Theater.

“Volker Ludwig always says that when he has a bad day, he watches a performance in front of almost 400 children with us, and then he feels happy again. That is exactly how I feel. There was never a reason for me to change the theatre, because at GRIPS I never ask myself the question of meaning: I think that what we are doing here is absolutely meaningful.” 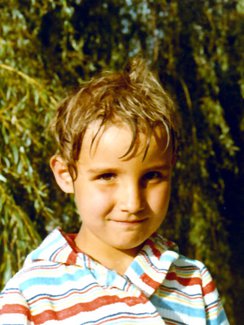