Johannes Heinrichs was born in 1990 in Schorndorf, near Stuttgart.

While studying acting at the Babelsberg Konrad Wolf Film University, he appeared in numerous productions at the Hans Otto Theatre in Potsdam, such as "Kaspar" (director: Fabian Gerhardt), which was awarded the Theatre Prize of the German-speaking Drama Schools in 2014. In the years following his graduation, numerous children's and youth plays followed in Potsdam, directed by Marita Erxleben, among others.
Johannes made his TV debut in 2015 in the ZDF feature film "Zwei verlorene Schafe" (director: Sylke Enders) alongside Andrea Sawatzki. Further productions followed, such as "Club der Roten Bänder" (VOX, director: Sabine Bernardi), "In aller Freundschaft" (ARD, director: Micaela Zschieschow) and the successful series "Das Boot" (SKY, director: Andreas Prochaska).
In 2019, directed by Tobias Wellemeyer, he played the role of Frederik Wachs in the play "Unterleuten" (based on a novel by Juli Zeh) at the Komödie am Kurfürstendamm.

Johannes has been part of the "Linie 1" ensemble at GRIPS Theater since summer 2018. 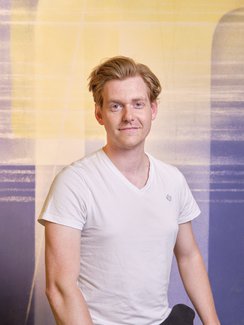