Christian Giese was born in Celle, Lower Saxony, in 1962.

In 1985 he came to Berlin and began his acting training at the Fritz Kirchhoff School, which he completed in 1988.

After a season at the Berlin theatre “Tribüne”, he was engaged at GRIPS Theater in 1989 and has been a permanent member of the ensemble with interruptions ever since.

In the meantime he acts at Theater Strahl and the Berlin Shakespeare Company and is also active as a speaker for various radio play productions.

In 2019 he staged his play “Spaaaß, oder wer bestimmt was lustig ist?” at the theatre for children and young people in Krasnoyarsk, Russia.

Christian is married and has two grown-up children. 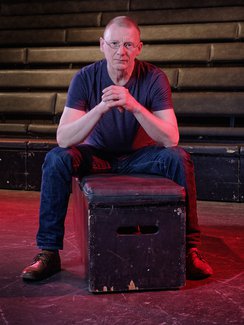