For the first time this year, the most homeless-unfriendly place in Berlin will be chosen by GANGWAY e.V. and awarded the “Golden Club” ("Goldene Keule"). The prize is intended to make subtle methods of repression visible and to draw attention to the fact that structural and physical violence against homeless people happens again and again and that this injustice is unacceptable.

In addition, an individual or initiative who has done a lot to help homeless people is awarded the “Golden Plate” ("Goldene Platte").

The patron of “The Golden Club 2021” is: Florian Bartholomäi

“Unseen forms and methods of repression of homeless people and violence against homeless people are not isolated cases. Excluding the homeless and trying to make them invisible in the cityscape is no support for those affected, rather we have to help them.

Since the topic has always been of concern to me, I was very interested to hear that Gangway – Street Social Work in Berlin e.V. and the GRIPS Theatre came together in 2020 to exchange ideas. The idea arose to award a prize, the Golden Club, for the most homeless-unfriendly place in Berlin to describe the common practice in displacing homeless people, to draw attention to the injustice and to remind politicians of their responsibility. This is because politics is jointly responsible for our social framework – framework conditions that prevent homelessness and can offer ways out of need.

So I am all the more pleased to be the patron of the Golden Club this year and to be able to do something for the people. Encounters with homeless people have helped me to break down my own prejudices.

I am convinced that when people deal with the issue of homelessness, a more enlightened picture emerges and possible solutions can be found. I am looking forward to awarding the Golden Club and the exchange that will result from it.” 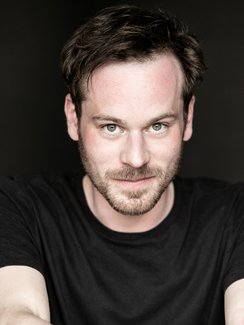